Dubai, ideal destination for Indian films, according to the director – News

Dubai has been a hub for many Hollywood and Bollywood films and now, after the pandemic, many Indian directors see it as the perfect filming location. Director Harry Fernandes believes the city is the perfect destination for local Indian films, from Tulu and Konkani cinema in the south to Bhojpuri and Bengali cinema in the north.

The director with the cast and crew of his first film in Marathi Veda held the “muhurat” (ritual) for their film in a very unique way. The crew cruised through North Dubai and performed the ritual on a yacht next to the iconic Atlantis Hotel on the mega Palm Island.

Fernandes said: “Once the casting of the stars is finalized, filming will begin in various countries, with a large part to be shot in Dubai”,

“As a filmmaker, I have been associated with the cinema of almost every Indian language. Indian producers and directors are keen to shoot their films here, mainly because of the ease of access to everything from the dominant Indian community residing here and just a 3-4 hour flight,” added Fernandes. 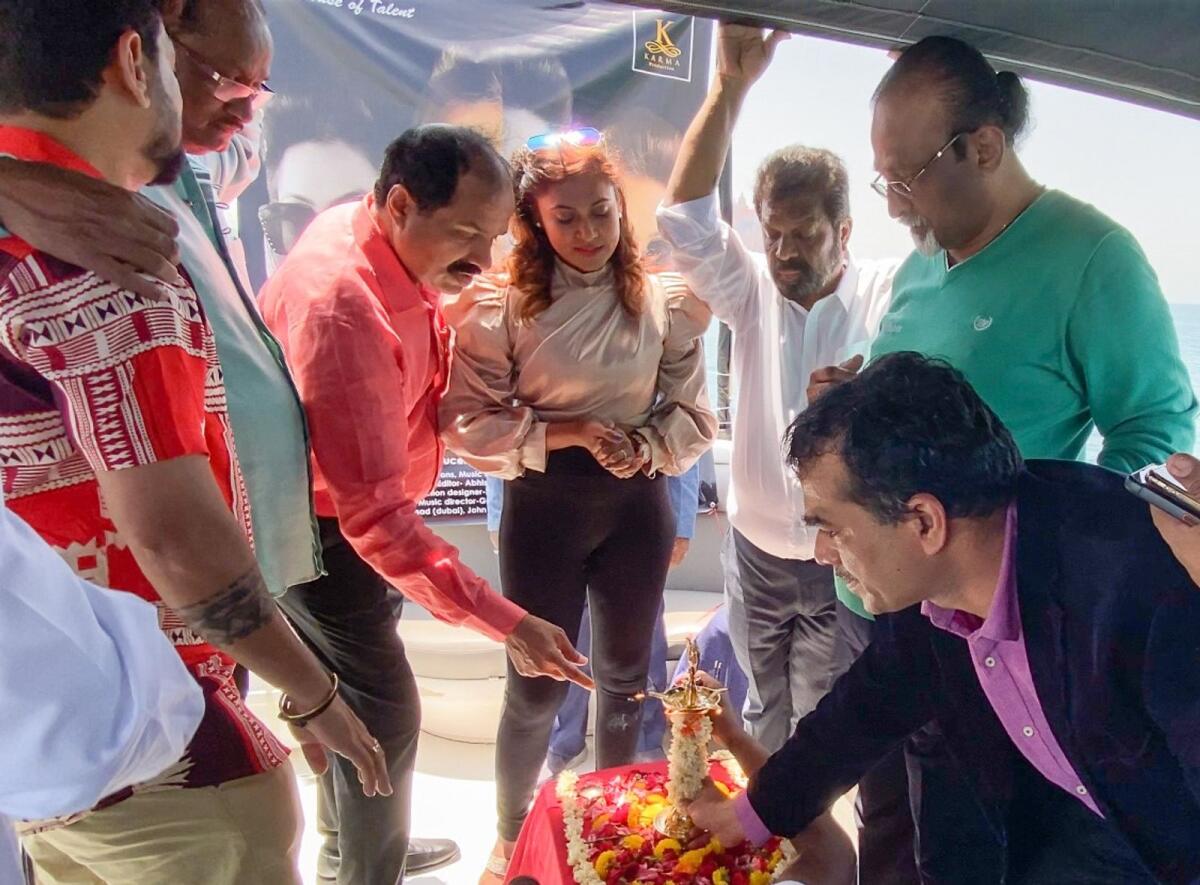 The filmmaker who began his career by assisting Lawrence D’Souza of Saajan fame continued to yield back-to-back Bhojpuri hits and worked in Marathi and other cinemas.

The Dubai ‘muhurat’ of the film was led by Production Manager Shodhan Prasad of Sandhya Creations Movies in the presence of actress/producer Hemangini Kaj of JK, Enum Nanbanin Vazhkai, The Lady Dhabang fame and others.