Bollywood Desi Girl Priyanka Chopra is famous in India and abroad. Priyanka’s appearance and dressing are such that everyone’s mouth says wow after looking at her. Whatever her outfit, she always looks beautiful, but when it comes to the desi look, this dress adds to the charm of Priyanka Chopra. Recently, Priyanka Chopra was again seen wreaking havoc in her desi look at an event. This year’s Oscars will take place on March 27. The Oscars pre-event took place on Wednesday, March 23. Priyanka Chopra hosted the pre-Oscar event. Meanwhile, she appeared in a black saree.

Priyanka Chopra and some of her other South Asian colleagues hosted the pre-Oscars party. Meanwhile, Mindy Kalinga, Kumail Nanjiani, Anjula Acharya, Bela Bajaria, Manish K. Goya and Shruti Ganguly were present. Priyanka Chopra wore a black saree during this time, in which she looked very beautiful.

Priyanka wore a matching black strapless blouse with a black saree. In this event, Priyanka is seen posing for the paparazzi. Paparazzi also posted this video on social media. In the video, Priyanka is seen smiling and posing in a saree. Fans were thrilled to see Priyanka in a saree at the pre-Oscar event. One fan wrote – “My amazing God.” Another wrote: “Mom is very beautiful.” 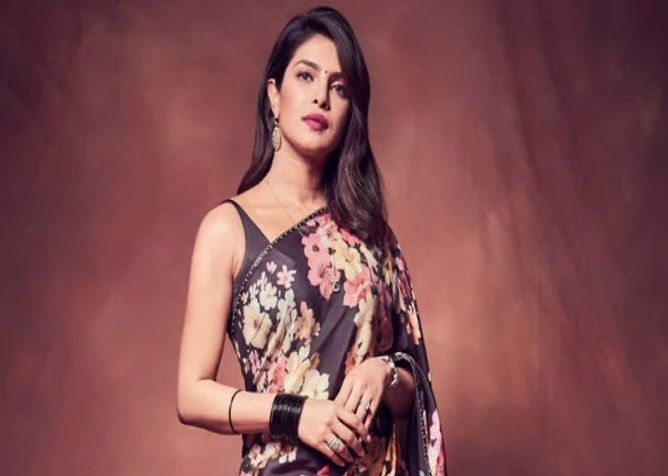 Apparently, the event was sponsored by UTA, Academy of Motion Picture Arts and Sciences, Johnnie Walker, Indian Center South Asian Arts Resilience Fund and Juggernaut. This year’s Oscars will be hosted by Amy Schumer, Regina Hall. The ceremony will take place on March 27 at the Dolby Theater in Hollywood.